Big Crowds got their new logo design by running a design contest:

Looking for a remarkably fun, but professional header for our new site now being built. It will be part of our existing site that gives away Free TV Tickets to TV shows in LA and NY. ***Please only submit for the header/bannner design. The other category listings were done in error.***

Tagline: Written, Contributed & Compiled by Studio Insiders Desired Color Scheme: not garrish or boxy Desired Style: Fun and easy and Professional to use but not cartoonish.And not boxy.totally designed with fun elements Accepted File Formats: Standard Web Formats (.jpg, .gif or .png); Layered Formats (.psd or .tiff) Â  Â  Looking for a remarkably fun fully designed header/banner for our new, now being built site: The TV & Film Studio Insider. It will be part of our site that gives away Free TV Tickets to TV shows in LA and NY. <br>Below at the bottom, find links to existing headers we are using, these are just to give you an idea of some of the stuff we like. <br>We are not looking for you to copy these but just give you a sense we want fresh ideas. But again we are open to anything) The site will have insider information and listings for film and tv industry jobs (camera men, lighting, production, directing etc) as well as interviews, studio tour info on how to break into the industry and articles by people already in the industry. <br>It will basically serve as an authority on all things related to TV and Film studios. <br>The name "The TV & Film Studio Insider" MUST be used. "The TV & Film " would be much smaller and above the "Studio Insider" <br>The header/banner should have the fun feeling of Hollywood and the entertainment industry (but definitely not cartoonish). It is giving information that needs to be looked at as professional and useful for people to learn how to enter the TV or Film Industry.Can use photos, drawings and/or other elements. <br>Whether a person is already in the industry, wants to be in the industry or wants to learn more about the industry ...this will become their destination. Fun, Easy & Professional. <br>Even though the header won't be flash... it should have the feeling and excitement of flash. <br>Possible elements to include but NOT Required are: Hollywood and NY landmarks; such as the Hollywood sign, Capital Records Bldg, Radio City Music Hall, Broadway. <br>Other elements to possibly include would be a large film studio gate, <br>Kellogg lights, <br>film reels, <br>or anything capturing the idea of being an Movie and TV Insider. <br>Just some of the studios that we will also have included in the site are Disney, Warner Brothers, Paramount, NBC, CBS etc. Their logos or names can be used since we work with them, but don't need to be used. <br>PLEASE ask any questions or run ideas by us before spending time if you're not getting a feeling for what might work. We're happy to answer all questions and discuss the header with you before you begin. <br>If you have an idea that would benefit by flash... run it by us ... we would pay more of course. But run it by us first. <br>If this contest experience works for us we will be looking for more header/banners for other sections of the site: Fun & Free (related to what to do in town (NY and LA) / In Town Today In NY Today/ In LA Today / Celebrity Insider / Studio Store / Hollywood Scams and about 15 more. Sample Header1 Sample Header2 Sample Header3 Sample Header4 This contest was originally listed in multiple categories: - Logo Design - Web Page Design - Other Design Tasks

Every design category has flexible pricing for all budgets. Logo design starts at MX$5,699.

A quick, interactive guide helped them understand their design style and captured exactly what they needed in their logo design.

99designs is the global creative platform that makes it easy for designers and clients to work together to create designs they love.
A contest allows you to open your design brief to our global community of creative designers. Designers submit concepts based on your needs and you pick your favorite as the winner.
Every design category has flexible pricing for all budgets. Logo design starts at MX$5,699.

Work with talented, professional Logo design designers to turn your ideas into reality.

Select your favorite custom Logo design (Or two! Or three!). And the design is all yours.

Big Crowds collaborated with designers to refine their ideas Dorine
Choose a design you love and work closely with the winning designer to refine and finalize your design. After that they’ll supply the files needed for print or digital use. Full copyright is all yours.
You’ll get all the image files you need to put your design anywhere. This includes the original, editable file, as well as a preview version you can open on virtually any device.
If you know exactly what you’re looking for, it makes sense to work with an individual freelance designer. In that case, you can search through our designers’ portfolios and find your perfect match.

Customization of an existing logo for a new real estate project

Girls Fast Pitch ages 8 - 18 - our target audience is a blend of our community - highly diverse and Christian.

We provide organic and sustainable garden care and maintenance for private gardens, as well as design and care for the u

Get your own design
Winner
Finished14 days ago

I am a real estate agent in Toronto, Ontario. I sell high end homes and condos in the city.

Design a creative logo for a Real Estate company

Check out other logo design inspiration

The ultimate guide to beer branding 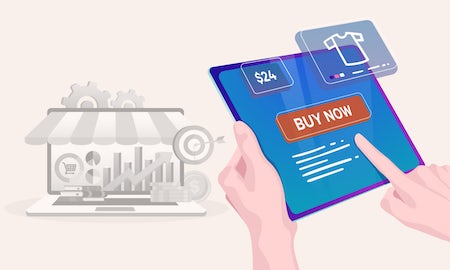 The ultimate guide to ecommerce marketing 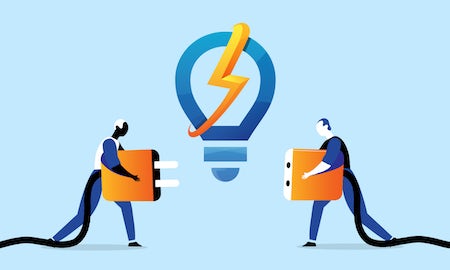 51 electrician logos that'll give you a jolt